Marygrace Fronk discovered many years ago that half-marathons (13.1 miles in distance) are not just for runners. They are also for walkers of any age.

At age 70, Fronk has completed 38 of them, and she is still going strong. She walked in her first half-marathon in 2009, after a friend got her interested in distance walking with a group of other women. She finished that event in Niagara Falls, Canada, with a time of 3 hours and 35 minutes. Her oldest daughter, Michele, walked alongside her.

“It was such an accomplishment when I completed that first half-marathon,” Fronk says. “It was nice to do it for myself, and not worry about racing against others.”

But since that first event, Fronk has found herself challenging her personal time each race by looking for people to pass as motivation to walk even faster. “I’ve tried to improve my time with each one that has followed,” she says. Her personal best was a half-marathon completed in Half Moon Bay, Cal. with a time of two hours and 58 minutes.

Along with New York State events, Fronk has traveled throughout the country to compete in half-marathons in Arizona, California, Maryland and Massachusetts.

Fronk, a registered nurse, had worked for the G. Ray Bodley High School in Fulton for 18 years before retiring in 2009. Prior to her time at the high school, she was employed as a school nurse in the district’s elementary buildings.

She has completed half-marathons with friends, family members, and on her own. “It’s never a dull moment,” says the Fulton resident.

She recalled convincing her brother Paul to enter a half-marathon with her in Tucson, Ariz. However, it was designated a women’s event, so while men could participate, they could not place.

For some reason, which she has not been able to determine to this day, Fronk was entered as a male participant. She completed the half-marathon but was never able to sort out the gender mix-up. So, she took the whole thing in stride and posed on the awards stand with Paul (it was his first half-marathon) after everyone had left. They took their own victory photo wearing their participant medals.

Another time she was approaching the finish line, and the crowd started yelling “sprint – you’re almost to the end!” She looked at the crowd and shouted back “I’m walking, not running!”

“I’m a competitive walker,” Fronk says. “I push myself to the end, but I don’t sprint across the finish line.” (Why would she start running a race at the very end when she has been maintaining a consistent, steady, yet fast walking pace to complete the event, she reasons).

It has been an ambitious journey, and one that has resulted in not only improved overall health, but a real sense of personal satisfaction for Fronk, who is a breast cancer survivor. “I’m also a very active grandmother,” says Fronk. “My endurance levels stay up with the kids.” She and her husband Gary (a competitive cyclist), have four children and 12 grandchildren.

If she is training for an event, Fronk walks an average of six miles a day, and will work in one longer 10-mile walk once a week. She also takes a weekly rest day off. When she is not training for a half-marathon, she walks between three to five miles a day.

“My primary doctor is thrilled with all my health statistics,” says Fronk, who was diagnosed with breast cancer in 2001, but underwent treatment and has been cancer free for years.

Fronk is not on any prescription medications but takes daily vitamins and supplements. The only medication she uses is taken occasionally for allergies. “It’s so important for people to maintain a healthy lifestyle and proper nutrition as they age,” she says.

Fronk continues to walk sometimes with her friends, although the walking group has dwindled over the years. For those who don’t compete, she is still happy to walk with them “at any pace,” she says.

When the winter months arrive, Fronk heads West for an extended stay with her daughter, Pam, who lives in Arizona, an arrangement that helps to keep her walking. “I really don’t like treadmills,” she says.

But back home in Fulton, she will still walk outside in the winter weather, although not on roads with fresh snow, “because there is too much risk of a car sliding,” Fronk says. At other times, she has done indoor mall walking.

As with many others who complete half-marathons, Fronk often uses the events to raise awareness and money for nonprofit organizations.

She has supported, among others, the Cystic Fibrosis Foundation, the American Cancer Society and the “Blessings in A Backpack” fund-raiser held by Amnesty CrossFit of Oswego. For Fronk, the fund-raising gives her a personal sense of satisfaction that goes beyond the physical accomplishments of walking long distances.

When the COVID-19 pandemic hit, she and some family members decided to try fund-raising with virtual walks. They signed up with the “One New York Virtual Challenge” and completed two virtual walks to raise funds for the Central New York Chapter of the Cystic Fibrosis Foundation. In 2020, Fronk logged in 600 miles of walking over a three-month period, and in 2021, she logged 1,010 miles in just over nine months, finishing on her 70th birthday.

It’s a cause that is “near and dear” to her heart, as Fronk’s granddaughter Katrianna, 14, has cystic fibrosis. She is the daughter of Fronk’s son Don and his wife, Gretchen, who also have a son, Kai. Fronk is a big supporter of the Cystic Fibrosis Foundation because of its dedicated research efforts for new treatments and finding a cure. Her granddaughter has been able to manage her condition and remains in good health, Fronk says.

“The funding that has been used for research has resulted in huge benefits for Katrianna,” says Fronk, who completed one of the virtual fund-raising walks with her daughter, Jessica, and her 12-year-old granddaughter, Maria.

“It shows a huge devotion to the organization on her part, that she would do this virtual event in honor of her granddaughter,” said Amy Spranger, Cystic Fibrosis Foundation’s area director for Western, Central and Northeastern NY.

“We don’t receive any government funding, so this type of fund-raising support is so important to our organization,” says Spranger. The nonprofit organization also holds annual fundraising events, including a golf tournament, an extreme hike and a gala.

The Cystic Fibrosis Foundation assists with funding and accreditation of more than 120 care centers throughout the country, staffed by dedicated healthcare professionals who provide specialized care for people living with the disease. The local chapter supports the Cystic Fibrosis Care Center at Upstate Medical University, which serves patients in a 15-county region.

The CF care centers also conduct clinical research. “Our mission is to find a cure for cystic fibrosis, and at the same time, we want people to continue living long, healthy lives” by providing a range of support for patients, says Spranger.

There are approximately 40,000 people living with cystic fibrosis nationwide and 1,660 in New York State, she says. The Central New York chapter serves 260 families.

“When I started walking, I did not intend to fund-raise, it was more for the challenge of getting started and getting fit,” says Fronk. But she soon realized the rewards of combining some of the walks with fund-raising efforts.

“Movement is so important,” she says. “I can’t imagine any other lifestyle.” And giving back to the community has been an added bonus of staying healthy for Fronk. 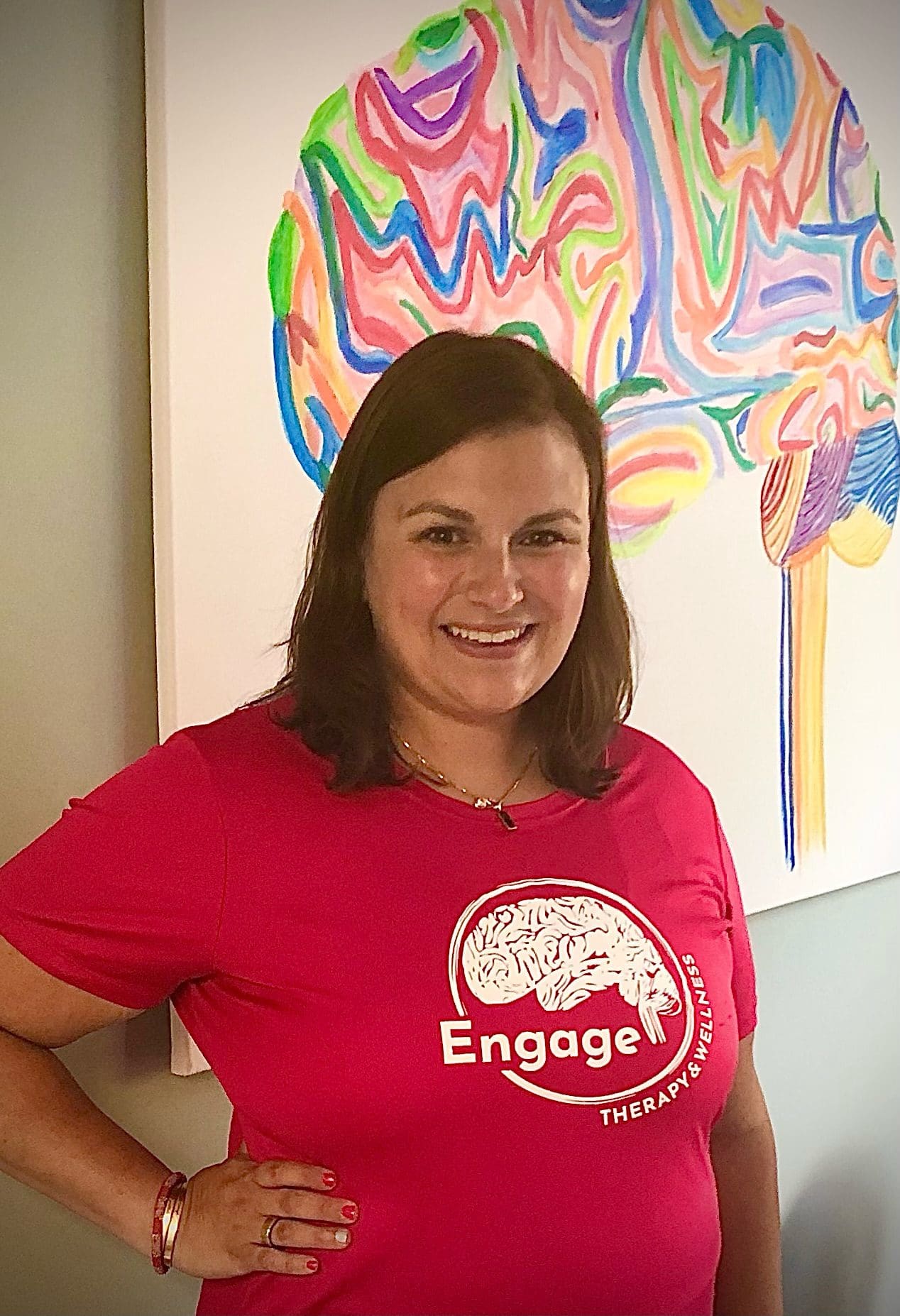 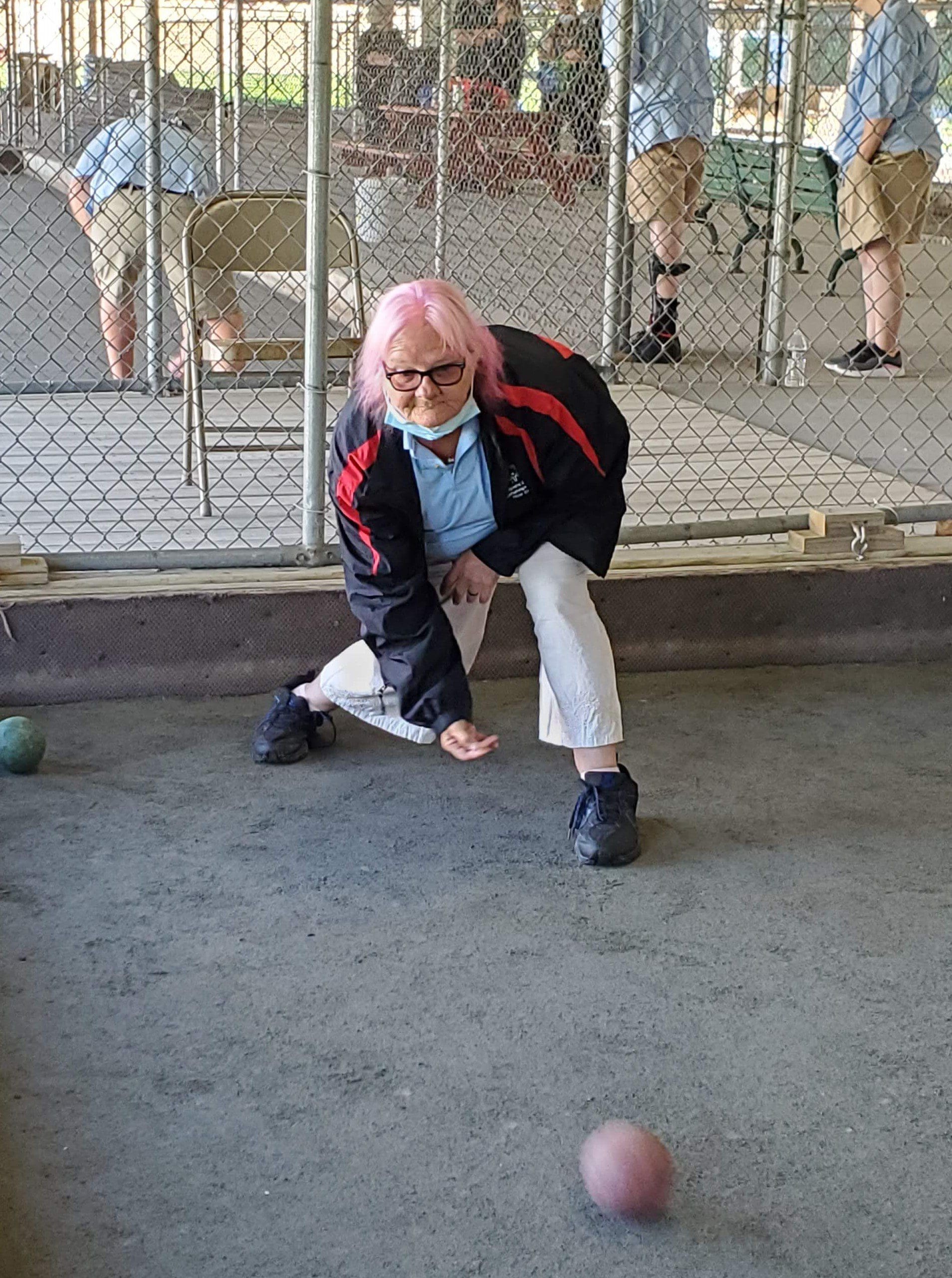 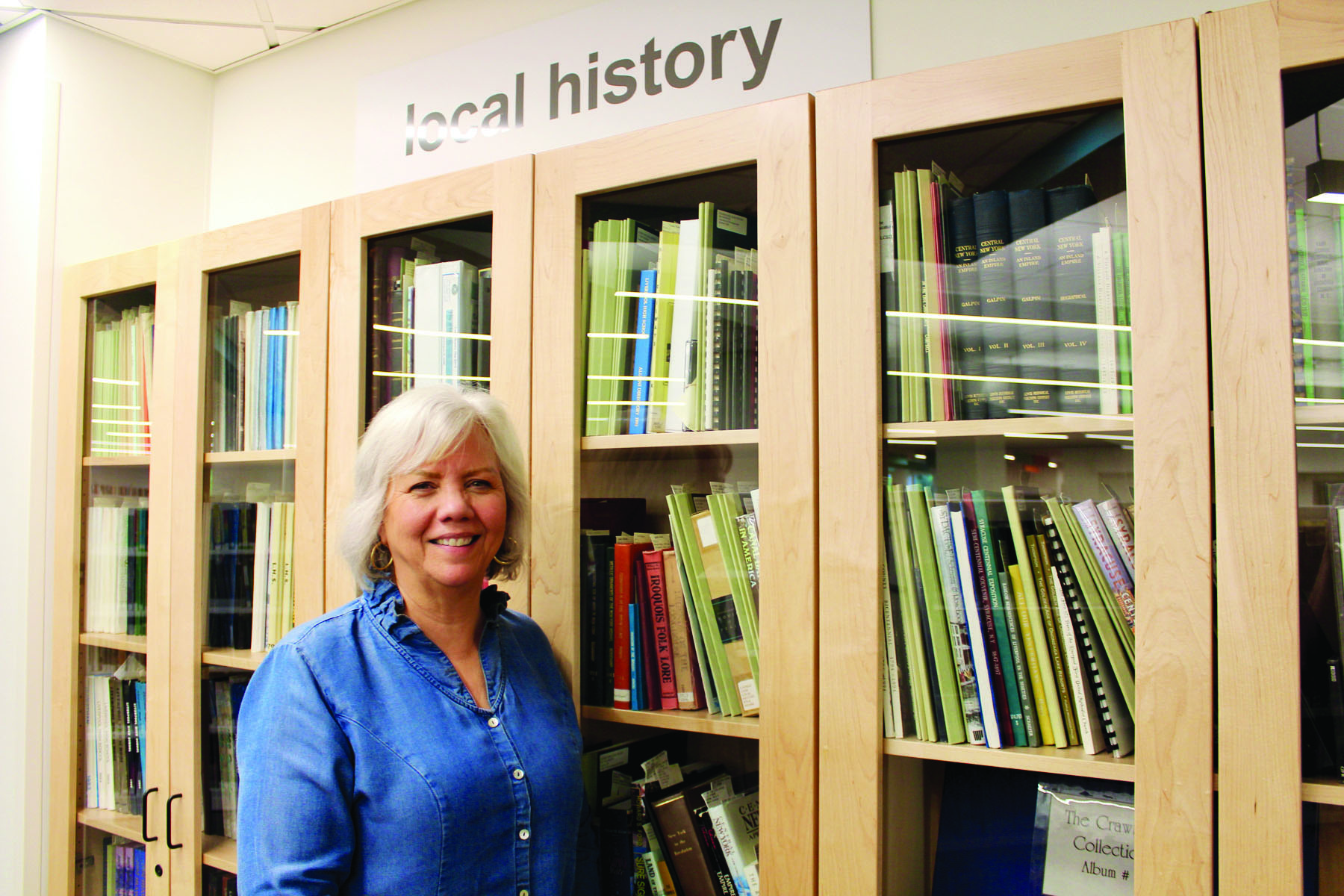