Amanda Hughes lives her life indulging in everything Syracuse has to offer. Whether it’s giving business advice, participating in group workouts or selling ice cream, there’s always something she can contribute to her hometown, and there’s no place she’d rather be.

Hughes is a Syracuse native who left Central New York during her college years. While playing lacrosse for Duke University, she received her bachelor’s in sociology and later a master’s in business administration and marketing from LIU Brooklyn. During that time, she was an assistant women’s lacrosse coach for nearly two years, which further reinforced important values — hard work, dedication, communication, teamwork and goal-setting — that would serve her well later on.

“That really set such a beautiful foundation for the opportunity to start these businesses much later in life that I really never anticipated or thought of beforehand,” Hughes said. “When the opportunities presented themselves, I was able to say yes and do that with confidence, and I know a large part of that was because of the sports background that I had.”

When Hughes finally came back to Syracuse in 2015, everything fell into place.

“I really enjoyed being close to family, and I loved connecting and reconnecting with my hometown,” she said. “I was a native, but I also felt like an outsider. I had been away for such a long time. It was fun to explore my hometown with these new eyes and fresh experiences.”

Since then, Hughes founded The Ice Cream Stand in downtown Syracuse, an ice cream shop selling cones, flurries, milkshakes, coffee and even cookie ice cream “standwiches” in the spring and summer months. Hughes said the inspiration to start the business came from being able to bring a community together through a common good.

“I just jumped at the chance,” she said. “I thought it was a perfect fit for my background. My personal brand and overall philosophy is very playful, adventurous and fun-loving, and I get to really live and breathe and develop that with the business. I think it creates this experience that’s really magical for the community as a whole, especially [with] an item like ice cream. Food isn’t good or bad. It exists. It’s ice cream. It’s delicious. It doesn’t have to be anything [other] than a smile or a happy moment, and we don’t have to attach anything else to it.”

For Hughes, one word is at the core of everything she does. The definition of indulge, to allow oneself to enjoy the pleasure of, is proudly displayed on the wall of the Stand and serves as a valuable reminder.

“People often think of indulging as gluttonous, and it doesn’t have the most positive connotations, but it really does,” she said. “It’s the permission you’re giving yourself to enjoy the ice cream, this moment, a walk, whatever it is. I think it’s important for people to constantly be reminded of the power that they possess, and that power is often in just simply allowing and giving ourselves permission to say yes to things, to try things, to say no to things. We’re the only [people] we really have to answer to, acknowledge and honor at the end of the day, and everything else is just an extension of that.”

In addition to ice cream, Hughes saw another way to make an impact in Syracuse. In 2018, she became the founder of November Project Syracuse, a local community organization that hosts free fitness workouts for anyone who shows up.

“I really just fell in love with that whole community,” she said. “It was so warm and welcoming. What I loved was someone like myself, who’s very active and has done high-level fitness, and people who have never worked out before, came together and were able to enjoy this one workout. And I thought, ‘Syracuse really needs this, and I could definitely make this happen.’”

For three years, she and dozens of others have met at Thornden Park every Wednesday at 6:15 a.m. for a 30 to 45-minute workout that includes anything from running laps to playing outdoor games. Hughes’ experience as a coach, love of sports and passion for teamwork made her enjoy every moment of being a part of another community.

“It’s sort of how I run my team at The Ice Cream Stand too,” she said. “Everything [I do] is pretty sports-focused, but that’s part of who I am. I want to be that supporter, cheerleader, teacher and coach, and I still get to do that in many different ways.”

Even during the pandemic, Hughes found another need she could satisfy in her community. In May of last year, she virtually launched Jayne’s Collective, a collaborative workspace aimed at helping women business owners. It is open to anyone looking for business advice, conversation, motivation and workshops to promote positive thinking and build a stronger sense of community.

COVID-19 put Hughes’ plans to open a physical space in downtown Syracuse on hold, and for now, she’s decided to pause the Collective temporarily to regroup and re-evaluate the classes for the needs of the members.

“Those needs are definitely going to be different now than they were when we launched in the summer of 2020 and through the winter,” she said. “I’ve always wanted the Collective to be designed and created for the members. I want to make sure I really understand what it is that they want and need so we can creatively deliver on those things, and they can have fun building that with me and with each other.”

Every project Hughes puts her mind to focuses on community and human connections, but she also plans to take some time for herself. She recently made the decision to step away from November Project Syracuse to focus on other passions, like the Stand and the Collective. But no matter what she does, Hughes knows she’ll always indulge.

“Honestly, I’m excited to have some more down-time and be still and not do much of anything at times,” she said. “A lot of people asked me, ‘What’s next?’ or said, ‘I can’t wait to see what you do next,’ and it wasn’t until several people came at me with that that I thought, ‘Wow, I really don’t have anything yet,’ but I know that I’m creating the space for that next thing to arrive, and in the meantime, I’ll just enjoy a little more R-n-R.” 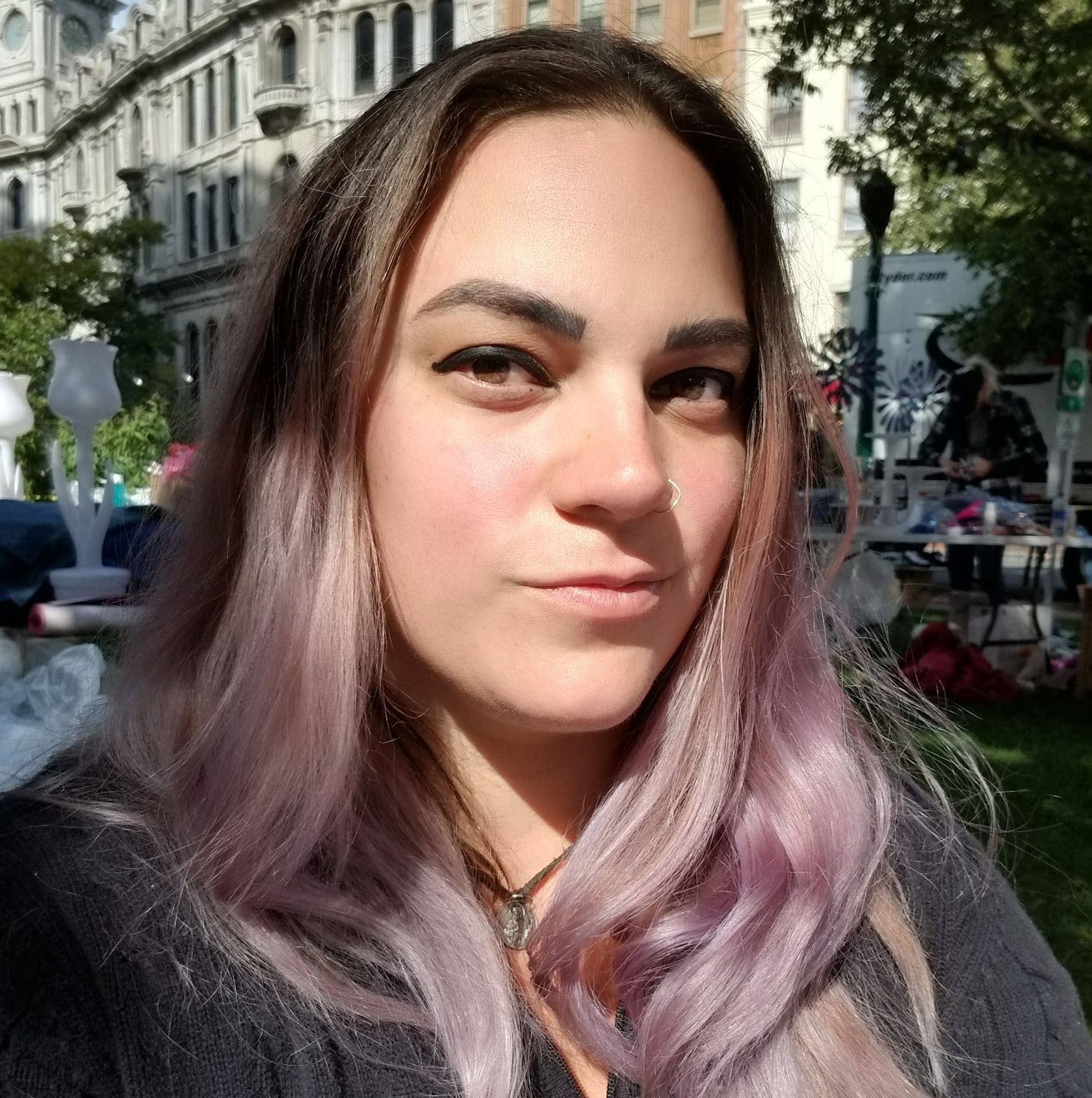