Two years ago, the fashion design firm Jackie Ferrari built from scratch was on life support after having been battered in the pandemic.

Millions of dollars in orders vanished overnight. She was forced to furlough most of her two-dozen employees, including her son-in-law, an experience so painful that discussing it brings her to tears. Exhausted from holding everything together, she thought about quitting and doing something else, maybe consulting.

“I was very seriously considering closing,” she says. “Then after deep thought I emerged and said, ‘I’m just not done yet.’”

Now, nearly two years later, Ferrari has rebounded. Her company, American Fashion Network, hung on. With the business on firmer footing, Ferrari was able to rehire her employees.

She created a startup focusing on government contracts and corporate apparel and workwear with an emphasis on women. Last year her company landed a contract worth $47 million over five years to produce a new line of fitness training apparel for the Marine Corps. She also got married over the summer.

With her business in a better place, Ferrari felt that it was time for her to invest in her community and grow her philanthropic footprint locally. She says she had a desire to do more than simply write a check; she wanted to find a way to use her skills to help.

She met with Laura Serway, former owner of Laci’s Tapas Bar in Syracuse. Serway’s philanthropy and community activism impressed Ferrari and she asked her for guidance.

That relationship led her to become involved with the American Heart Association. Last year her company participated in a fundraising event, hosting a pop-up shop to sell products from their retail line, specifically their athleisure wear. The event was a success.

Now Ferrari is serving as the chairwoman of the American Heart Association’s 2022 Go Red for Women campaign.

“It’s near and dear to my heart because there are heart issues in our family,” she says.

Ferrari lost her maternal grandfather to heart disease and her mother, who is 83 years old, has heart issues that affect her health and quality of life.

Cardiovascular disease is the number one killer of women but can often be prevented by healthy lifestyle choices. Unfortunately, many women still don’t know about their greatest health threat.

The American Heart Association launched the Go Red for Women campaign in 2004 to raise awareness about cardiovascular disease and raise money for research.

The campaign has grown into a global movement aimed at accelerating science, advancing public health policy, and addressing the multitude of gender and racial gaps for women in research and healthcare. One area of focus for this year’s campaign is women’s health at all stages of life. That includes how pregnancy and menopause can impact a woman’s health.

The Go Red for Women campaign in Central New York is a year-round effort. One of the highlights in recent years has been Loving Myself Loving My Sisters, a coalition-based program focused on the heart health of Syracuse’s African American community. The signature event, the Go Red for Women Luncheon, will be held in October in Syracuse.

Raising awareness about women’s health appealed to Ferrari both because of her family history with heart disease and the nature of her company.

“Being a women-owned business that largely has women working in our company, I just started to think about it,” she says. “It affects women in such a big way, and we need to stand for causes and raise money for things that affect women.”

Long before Ferrari started her own business, she was a teenager looking for a part-time job. She grew up in southern California and at age 16 got a job as Christmas help at a department store. They kept her on and Ferrari transferred to one of the company’s stores in Arizona, working her way through college. She worked in many different departments.

“And the funny thing is every time they put me in apparel I hated it,” she says.

Ferrari studied journalism and had ambitions of being a foreign correspondent, but in her senior year of college she was considering several low-paying entry-level jobs writing at newspapers. She decided to return home to California and got a job with her department store as an assistant buyer in the dress department. When Target bought several of the stores, Ferrari received an offer for a buyer job in Ohio. But one of the suppliers she’d worked with called and offered her a job in New York City.

Delighted at the idea of living in New York, she packed up and moved across the country. The job gave her opportunities for growth in the fashion business, but it was a struggle. She had so little money that at first she couldn’t afford to put air conditioning in her apartment.

“I love that I suffered because it definitely gave me grit,” she says.

After eight years Ferrari moved to Syracuse, the hometown of her husband at the time, and joined him running a screen-printing business. She raised three children and later went into business on her own, starting American Fashion Network in 2005.

The core of her business involved connecting her retail partners with factories around the world that could develop the fashion they needed, sort of like a matchmaker for retailers and factories.

Ferrari kept the company, which is headquartered in DeWitt and has offices in Milwaukee and Los Angeles, small and tight, which allows it to be flexible and pivot to meet trends in the market. If speed to market is required, they can be fastest. If design is the focus, they have designers in-house.

“In this market we have to be a chameleon,” Ferrari says.

The business grew steadily, mostly by designing private-label apparel and store brands for retailers, contracting with factories around the world to make the clothing. Ferrari’s biggest clients have included the retailers Kohls, JCPenney, American Eagle Outfitters and Belk.

Then the pandemic upended everything.

Ferrari ran into trouble with the manufacturers she worked with in China. And she received more than $7 million worth of cancellations almost immediately. Still worse, most of the customers delayed making payments.

“My cashflow went to nothing and it was very stressful,” she says. “It was such a tough time.”

As retailers made the decision to close down things worsened. Ferrari’s company used two rounds of loans from the Paycheck Protection Program to stay afloat, but the situation remained bleak. By the time she began furloughing employees she had no idea how to keep going. But being nimble and inventive was about to pay off.

Ferrari received a call from an employee whose brother worked for Novelis. There was a mask shortage and the company needed masks for the workers at its massive aluminum plant in Oswego County. Ferrari’s company was able to get the masks made at an American factory. With that they jumped into the mask business.

The cable company Charter was interested in buying masks, but asked Ferrari to go through the process of becoming a certified woman-owned business. Once she did, Charter bought a million facial masks.

The masks were crucial, but Ferrari decided that to stay in business long-term the company needed to diversify. Around that time, she saw “War Dogs,” a movie about arms dealers who sell guns to the military. She was intrigued by the relative stability of government contracts and reasoned that instead of guns, why not sell clothing to the military?

Ferrari spun off her retail business and created a separate division focusing on government contracting and corporate apparel and workwear with an emphasis on women. She hired a consultant who warned that it could take years to land significant government contracts. Four months later they had a contract to supply the Marines. Ferrari says the contract is a tremendous business opportunity, but that she’s also proud to be able to contribute to outfitting service men and women in high-quality clothing.

at bringing manufacturing back to this country,” she says. “And they’re also putting them in proper attire.”

Business eventually picked up on the retail side. Retailers ended up taking a lot of the product they’d initially ordered. And best of all, Ferrari says now she has the opportunity to run what is in essence a startup and set the vision for that new business. She still marvels at the turnaround in her fortune, attributing it to God, hard work and a healthy dose of luck.

“Here I was two years ago lying in bed thinking ‘I don’t know, I’m not loving doing this every day,’” she says. “Now I don’t even want to go to sleep at night because I’m so excited about what we’re doing.” 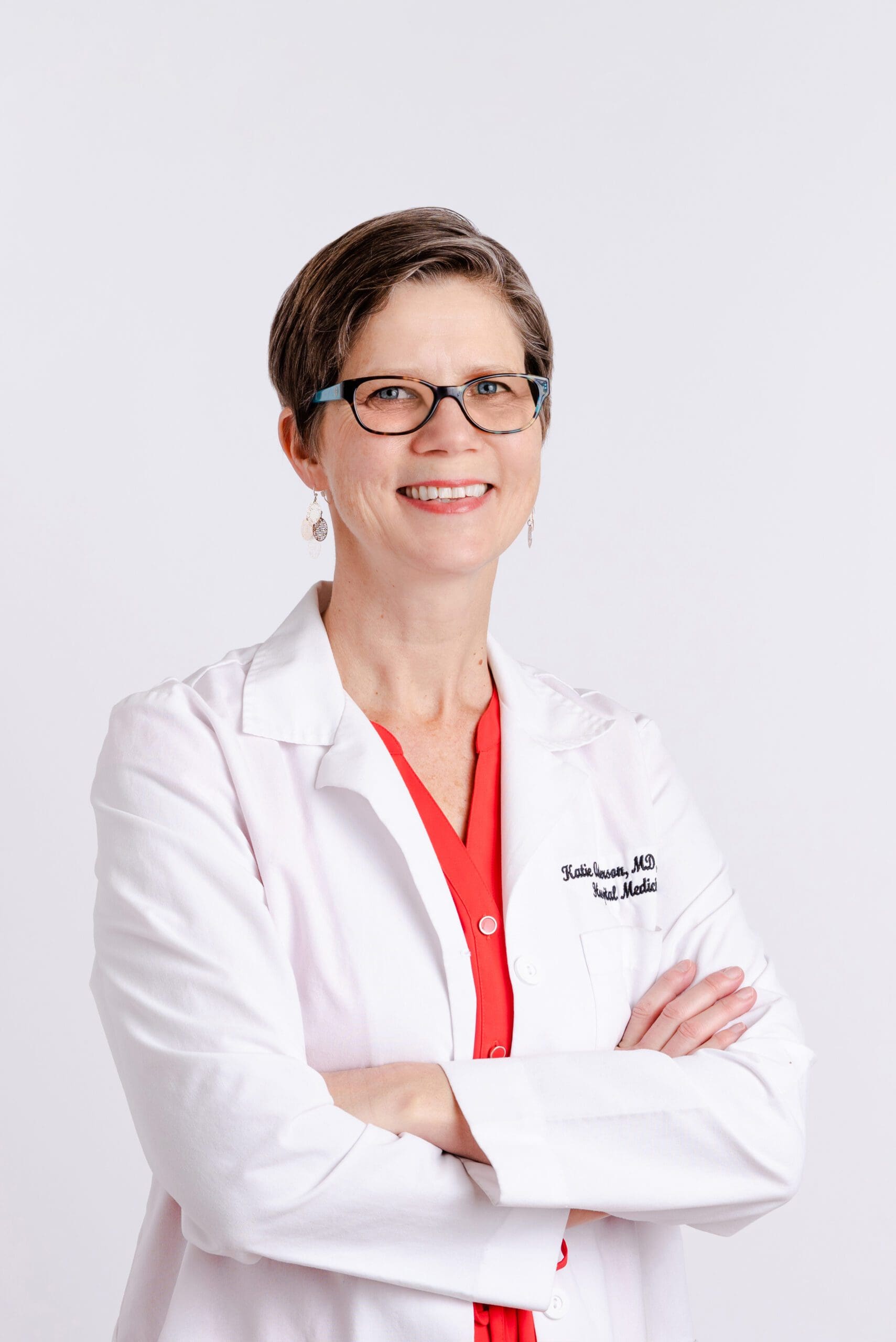 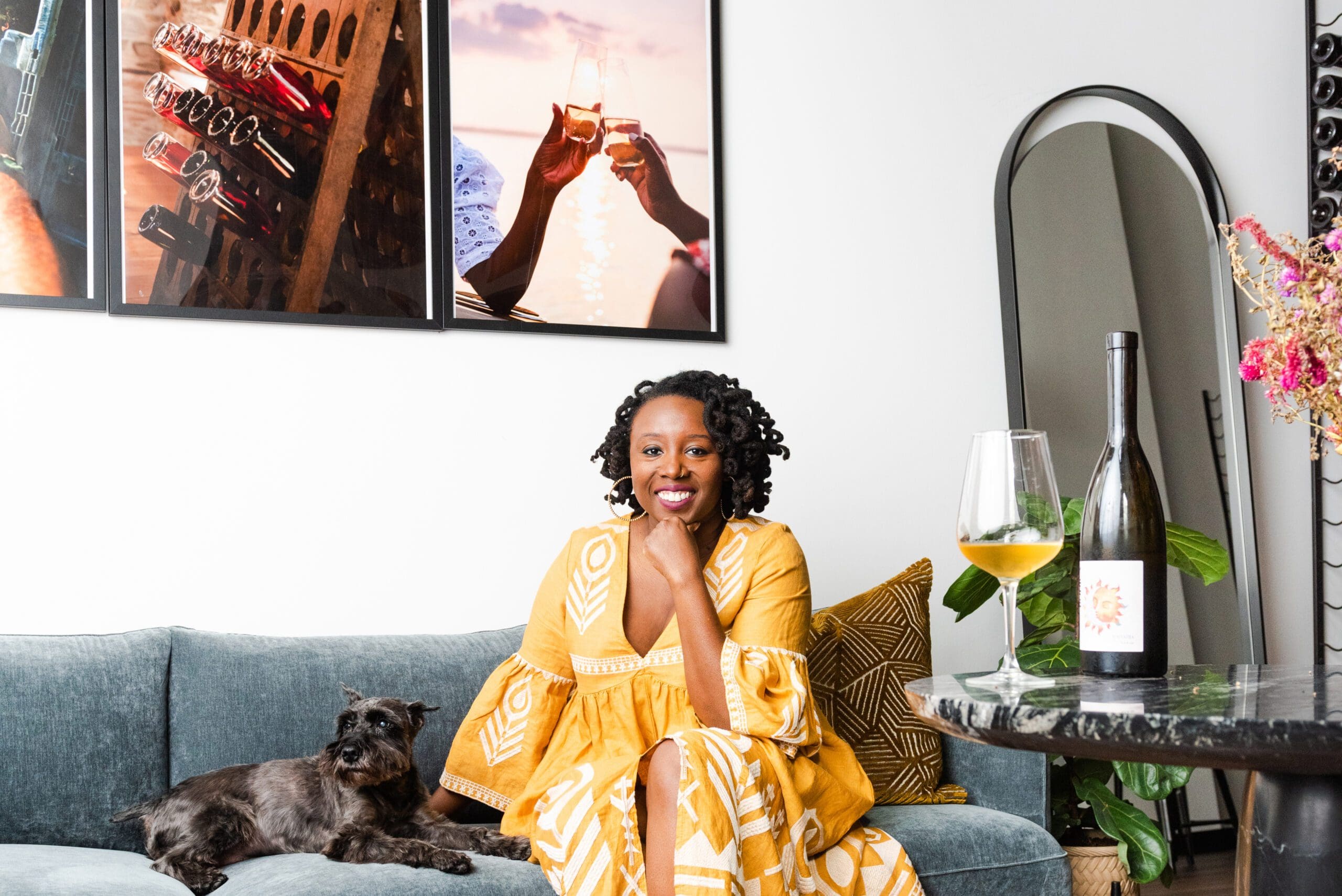