Compile even a partial list of the Zonta Club of Syracuse’s charitable activities and the mind conjures up an image of an army of volunteers, not unlike the legions of elves Santa relies on.

But Siobhan O’Hora and Amy Canavan – who serve as club president and vice president – have no elves. Instead they rely on a dedicated group of just 22 members to accomplish a multitude of community service, which makes the work the club does even more impressive.

“I was raised that if you’re doing it for recognition you’re doing it wrong and every single person in this club is doing it because they’re passionate,” Canavan says. “And their passion is contagious.”

For proof look no further than O’Hora’s house in Jordan. Waiting on the porch are the most recent donations for several collection drives: 10 bags of clothing as well as large numbers of bras, shoes and boxes of Jell-O. O’Hora might be the one hauling the donations, but they came from scores of friends, relatives and club members.

“It’s not just about us, it’s about everybody doing their part as a group,” O’Hora says. “Many hands make light work.”

The Zonta Club of Syracuse has a rich history of service dating back a century. It was one of the original founding Zonta clubs. The Syracuse chapter’s first president was also the first Zonta International president. The club was created by suffragettes in 1919, Canavan says. It was meant to support women working in professional fields, a nontraditional role for women at the time.

Zonta has grown into a global organization of professionals devoted to empowering women through service and advocacy. Today nearly 30,000 members volunteer in 67 countries.

Although the Syracuse Zontas perform community service year-round, many of their projects take place during the holidays.

Each year the club collects 8,000 boxes of Jell-O for the Salvation Army’s Christmas Bureau food baskets. They collect Jell-O because all that’s needed to make the desert is water. This year the club is partnering with the Syracuse Federation of Women’s Clubs.

One of the club’s most popular annual activities comes when it helps wrap gifts for abused or neglected children served by the McMahon Ryan Child Advocacy Center.

Decades ago the Syracuse Zontas provided a renovated building, called Zonta House, to the Girls Club of Syracuse. The Girls Club later merged with the YWCA, using the space for its summer camp and other programs. The Syracuse Zontas maintain an annual tradition of holding a holiday party with gifts for the girls and their mothers.

The club also hands out more than $10,000 a year in grants and scholarships and has given more than $120,000 in the past decade. The club is in the middle of a raffle basket fundraiser to support its scholarship fund.

Its grants go to nonprofits that support the interests of women and girls. The club awards a Women in Transition Scholarship to encourage women to continue their education and improve their career opportunities. Other scholarships support high school students committed to volunteering or entering various professional fields. A scholarship named for aviator Amelia Earhart, herself a Zonta member, supports women pursuing advanced college degrees in aerospace-related fields.

“It’s a great night, when we do our awards ceremony, to hear the stories of these young women,” Canavan says.

Throughout the year the club collects clothing items. Last year it donated 500 hats, gloves and scarfs to organizations that support women such as Vera House and the YMCA.

Members also collect and ship bras overseas to support a nonprofit that helps women who’ve been rescued from human trafficking. The nonprofit sets the women up with a business selling gently used bras as they attend school. Over the past five years the Syracuse Zontas have collected and shipped approximately 7,500 bras.

Zonta also partners with organizations that help women find work. Many of the women are leaving domestic violence and members volunteer with them as well as collecting and donating professional attire for interviews and jobs.

O’Hora and Canavan are relative newcomers to Zonta; some of the club’s members have been involved with the group for decades. While they were introduced to the organization under different circumstances, they say their desire to help women and girls was what ultimately drew them in.

Canavan grew up in Syracuse, the oldest of three siblings. They were raised by a single mom, which had a profound effect on Canavan.

“She instilled a strong sense of responsibility for the people around us,” Canavan says. “I always felt like it was my job to take care of everyone.”

After working in various corporate environments, Canavan became the deputy director of the Women’s Opportunity Center three years ago.

In 2016, her husband of two decades was diagnosed with frontotemporal dementia. The disease often begins in a person’s 40s or 50s and there is no cure or specific treatment. It can be especially taxing on caregivers because the person with the disease often develops extreme personality changes and behavioral problems.

While working at the Women’s Opportunity Center, Canavan had begun researching organizations she could volunteer with to help cope with the challenges at home.

“I needed to be inspired,” she says. “The first thing they tell you as a caregiver is you have to take time for selfcare.”

Around that time Canavan’s supervisor mentioned that they had received a grant from the Zonta Club of Syracuse to help provide food to some of their clients. Canavan had always been passionate about helping women and discovered the Women’s Opportunity Center and Zonta had similar missions. Amazed at how welcoming the club was, she joined in 2019.

“It helps to keep my spirits up when things get tough at home,” Canavan says. “It’s something that helps as a coping mechanism for me.”

O’Hora wears a bracelet that says “Be the change,” and she tries to live by that credo.

“Each one of us can do something to help our community,” she says. “So, we can be the change whether it’s our club or individually.”

O’Hora got her first taste of the club when a friend who was in charge of organizing a district conference convinced O’Hora to help create a guided bus tour of Syracuse for all of the out of town visitors for the conference. O’Hora enjoyed the project and her friend encouraged her to join the club, which she did in 2015.

“She was really into Zonta and would share her excitement with me, O’Hora says. “She would say ‘This is something I think you’d be good at.’”

While O’Hora was drawn to the local community service the club did, she says the advocacy that the Zontas engage in greatly appealed to her as well.

Zonta has general consultative status with the United Nations Economic and Social Council and the UN Educational, Scientific, and Cultural Organization. Each March the UN Commission on the Status of Women meets in New York City to discuss efforts to promote women’s rights and the empowerment of women. Zontas are invited and O’Hora has attended several times.

“It’s so hard to just do something by yourself, to advocate for big issues,” O’Hora says. “It’s pretty exciting because it goes beyond just our club and our district.”

The coronavirus pandemic forced the club to switch to virtual meetings and scale back some of its efforts. They were forced to rethink how they were going to fundraise, run their grant programs and have collection drives.

“It was challenging, it really was,” O’Hora says. “You put on your brainstorming hat and try to do things a little bit differently.”

The club has resumed in-person meetings and is in the midst of its holiday activities, but things won’t slow down much for its members in the new year. They plan on raising money and collecting donations for the Food Bank of Central New York in January because donations tend to drop off after the holidays.

They’re also in the middle of a membership drive. O’Hora says they have four new people who will be applying for membership soon. And they’ll soon be inducting their first male club member who is also Canavan’s son.

And how exactly do O’Hora and Canavan find the time and energy to commit to the club, let alone to encourage other members to remain involved? O’Hora says sometimes it feels like a part-time job, but she retired in 2020 from her job as an administrator at OCM BOCES so she has more free time now.

“It’s hard because I keep wanting to do more and more,” she says. “We’re always coming up with new ideas and things that we want to do.”

For her part, Canavan says taking on so many activities can be draining, but it’s the club and its sense of fellowship that keeps her coming back.

“As soon as I think I’m tired I talk to one of my Zonta sisters and they re-energize me,” Canavan says. “It’s a lot of work, but it’s worth every minute.” 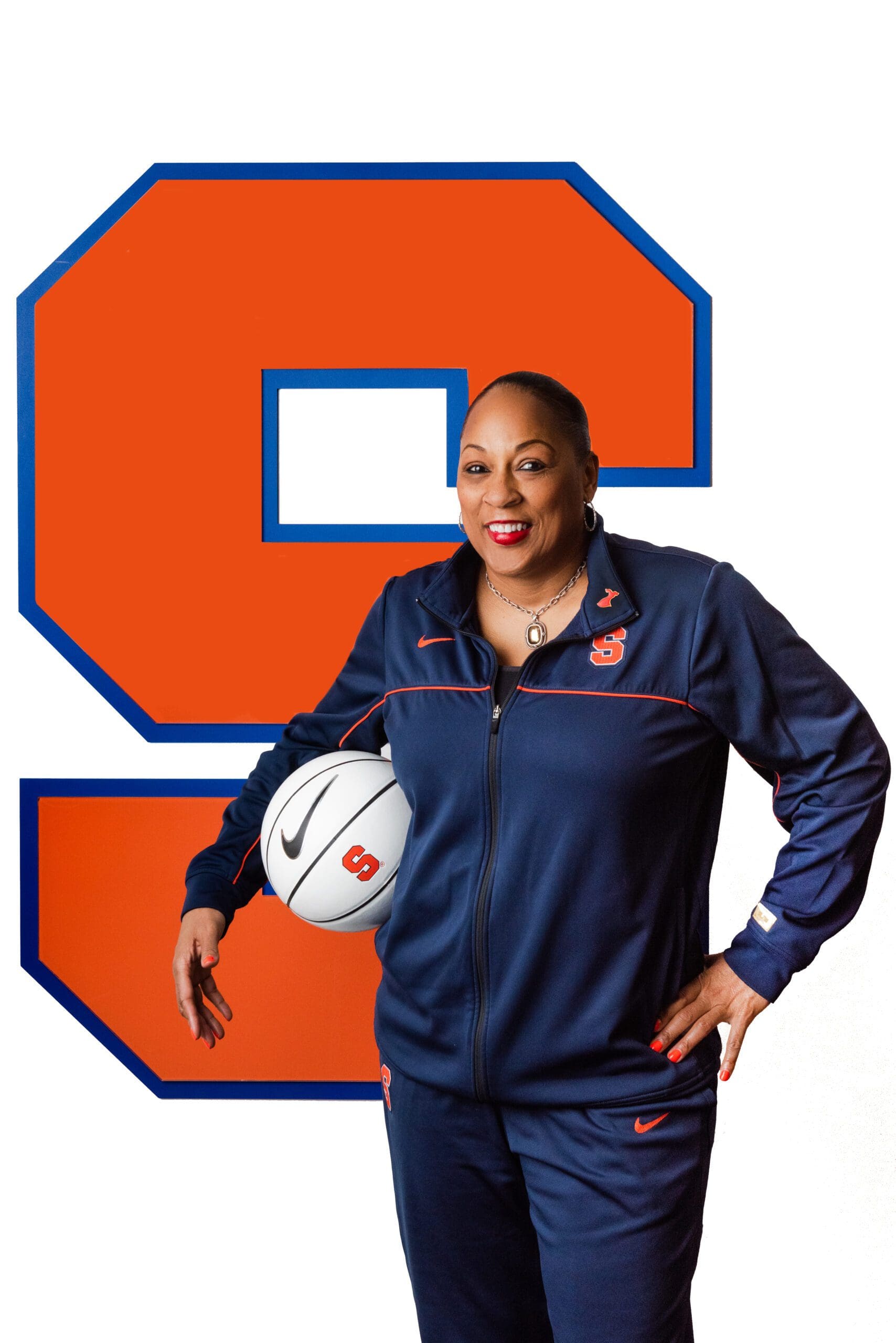