Late last year, Erin Engle’s youngest son passed a bittersweet milestone. Erin’s middle son, Griffin, was 7 when he passed away on Sept. 12, 2014, from a rare form of brain cancer.

“Everett, in the middle of December, has been on this earth longer than Griff,” she said. “Griff was 7 and almost one month [when he passed away.] Now Ev has surpassed that. So that, to me, that was hard.”

There’s very little about losing Griffin that hasn’t been hard. He was an eternal optimist who loved to dance around, an athlete whose favorite sports were soccer and hockey, a joker whose laugh could make the whole room laugh right along. He was the bridge between his by-the-book older sister Grace and rebellious younger brother Everett, smoothing over the friction between their divergent personalities and providing a playmate for both, especially Grace, who was two years his senior and his best friend. His favorite thing to say was, “It’s a great day to be alive!”

Since his death, the entire Engle family has dedicated itself to raising awareness about pediatric cancer through Griffin’s Guardians, a nonprofit started in December of 2014, with Erin and her husband, Adam, at the helm. The organization raises money for research through a partnership with St. Baldrick’s, the world’s largest pediatric cancer research foundation, and provide help to families facing a childhood cancer diagnosis.

“We helped just under 100 kids last year in Central New York, and our reach is 17 counties,” Erin said. “The numbers of kids that are getting cancer in our area are growing each year. Some kids are in treatment for two, three, four years, so we continue to help their families as long as they’re in treatment.”

Griffin was first diagnosed with Stage 4 glioblastoma multiform, a brain tumor rare in children, in August of 2013. He underwent surgery to remove a large tumor in the center of his brain, which robbed him of much of the strength and range of motion on his right side; he could no longer play soccer or hockey, and he had to undergo extensive physical therapy.

Knowing that Griffin’s type of cancer is likely to return, the Engles appealed to the FDA for help, winning a Compassionate Use waiver for a vaccine showing good results in clinical trials in adults. The Engles sent samples of Griffin’s tumor in hopes that it could be used to create a vaccine. While they were waiting, Griffin’s tumor came back in July of 2014. In another devastating blow, they learned there wasn’t enough left of the old tumor to make a vaccine. With no other options, Griffin came home on hospice care on Aug. 1, 2014. He passed away Sept. 12.

While Erin and Adam knew they couldn’t prevent other families from going through the same experience they had, they wanted to do what they could to make the process easier. So that December, they started Griffin’s Guardians. The nonprofit would provide monetary support to families whose children were undergoing treatment at Upstate Golisano Children’s Hospital. Right now, families get up to $1,000 a year. The organization also provides five additional $1,000 scholarships to families who need more money to get by. The funds cover the family’s expenses while the child is in treatment.

“In the hospital, we do [a program called] Lighten Your Load,” Erin said. “We found out that [families] had to pay for their laundry services in the hospital. So we provide little baggies that have your dryer sheet, your eight quarters to do one wash and dry, and then your laundry pod. So, at the nurses’ station, if you have to do laundry, you can just go to the nurses’ station and they give you the baggie and then you can go do laundry.”

“I did laundry almost every day when we were in the PICU,” she said. “It almost gives you a sense of normalcy.”

Griffin’s Guardians also does book drives at local schools, where all books collected go to the kids at Golisano, and the nonprofit’s Project Pillowcase collects newly-sewn, child-themed pillowcases from area volunteers for the hospital, as well. Erin said they’re also putting together a drive for toiletries to keep at the nurses’ station.

The charity has two major fundraisers every year: Griffin’s Penalty Kick Tournament, which is coming up on May 17 at Clay Park Central (registration is still open — visit griffinsguardians.org/2019-soccer-shoot-out.html for more information), and the Gold Tie Gala, held every year in September to mark Childhood Cancer Awareness Month. Tickets for the gala, which is held at the Marriott Downtown Syracuse every year, go on sale in July and typically sell out within a couple of hours.

Erin said Griffin’s Guardians has added another event the board hopes will become an annual tradition: Cheers to Charity, held in February at Maxwell’s in Syracuse.

“That was just a fun, casual get-together, kind of fighting the winter blues,” she said. “We’re actually thinking about renting out the entire space next year because we think we could do it.”

Even Grace and Everett have a role to play with Griffin’s Guardians. Shortly after the organization launched, Grace and Erin were talking about the first family they were going to help when Grace asked if the child fighting cancer had any brothers or sisters. Erin said she kind of shrugged her off until Grace said, “Because they’re going through a hard time, too.”

Thus Grace’s Sibling Sunshine was born. The program, named after the song “You Are My Sunshine,” which Grace and Griffin used to sing to each other, provides support to siblings of kids fighting cancer. They get care packages as an acknowledgement of their struggle, and last year Grace, now 14, launched an event at Build-A-Bear. Each kid gets a $40 gift card to pick out a bear, an outfit and whatever else they want.

“It’s the most adorable event ever,” Erin said. “It’s so cute because they’re all so excited, and they get to be together and go do something outside of the hospital.”

And this year, Everett will be launching his own program.

“With Everett, a lot of the things he remembers from Griffin are stories we’ve told through pictures,” Erin said. “He’ll always say, ‘Oh, Griff loved to play hockey with me’ because there’s a picture of Griffin and him with the hockey sticks in the living room. So we wanted to incorporate something with pictures.”

For Everett’s program, called EVERettLASTING Memories, a professional photographer will take pictures of the families to provide them with a keepsake. Erin said the family hopes to launch the program this month.

She said it’s important for her that the entire family be a part of Griffin’s Guardians.

This December will mark five years since Erin launched Griffin’s Guardians, and she’s continually amazed to see the support the organization gets.

“Four years and four months into this, and I’m still blown away that people still pick us,” she said. “I just thought that the giving and the support would die down, and I’ve expected it every year and it hasn’t happened. There are so many great organizations out there, but that people pick us to give to — there’s not words to describe it.”

Between its annual fundraisers and participation in the annual St. Baldrick’s event at Kitty Hoynes every year — the largest head-shaving fundraiser in the country for pediatric cancer — Griffin’s Guardians has raised close to $250,000 for pediatric cancer research. Their donation, in part, funds a dedicated researcher at the University of Michigan, Dr. Rita Chernock. In addition, Griffin’s Guardians is on their “Road to a Million” campaign—they expect to hit $1 million raised this year.

“We’re regular people who, in four years and four months, have almost raised a million dollars,” she said. “So many people say, ‘Look what you’ve done,’ but it’s really not just us. It’s who we’ve been surrounded with, the loyalty of people to this organization, the loyalty to truly believing that they can change pediatric cancer is incredible. Beyond incredible.”

As Griffin’s Guardians continues to grow, the Engles are still figuring out how to live life after Griffin. Nearly five years after his death, they’re still adjusting to the new family dynamic.

“I think that that’s the difficult part when families lose a child,” Erin said. It’s made that much harder, she said, when she looks back at how picture-perfect things were before August of 2013: “Right before Griff got diagnosed, Adam had said to me, ‘We’re on the top of our game right now.’”

At the time, Grace was 8, Griffin was not quite 6, and Everett was just a baby. Griffin and Grace were constant companions, but the three siblings often played together. Without Griffin, Grace and Everett, who are seven years apart, have had a harder time adjusting to each other.

“Grace adored Everett as a baby and mothered him and did all that,” Erin said. “Well, that’s not fun anymore. He doesn’t want another mother. We still work on that daily because they’re in two different places… I think definitely Griff was that bridge. That’s one of the hardest parts, I think, just figuring that out even four, five years later.”

Erin said she and Adam still struggle with PTSD after Griffin’s death.

“When you hear people going through it, it brings you back to that,” she said. “We never really realized that until probably two years ago that Adam and I have PTSD.”

But she holds onto something that she tells her kids every day.

“The line that I always say to my kids is shine bright. So when they leave for the day, ‘Shine bright today. Do something to shine bright,’” Erin said. “To know that we’re just shining bright in someone’s life, even if it’s just for that day, it helps me heal.”

That doesn’t mean she doesn’t have moments when it all closes in on her.

“My thing is, well, why did it have to happen to us? Why?” she said. “If you don’t push that down, it will eat you alive. It’s like a daily struggle.”

Erin said she’s had to learn to frame it differently.

“You just have to think about, why not me? Because I got to be Griff’s mom,” she said. “We got to be his family. Why not us?” 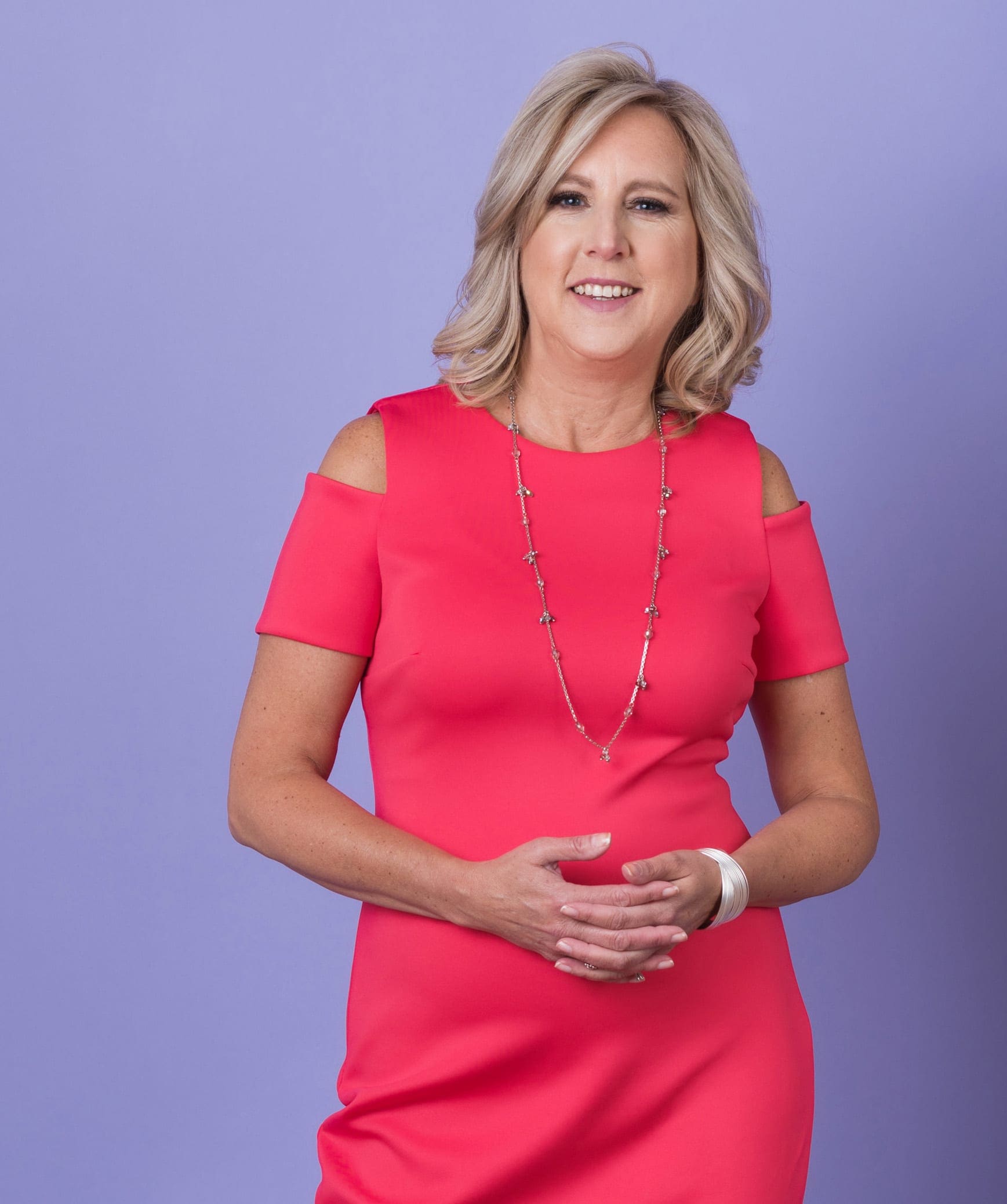