Since she was a kid, Bryony Grealish knew she had a greater purpose in this life.

“Growing up, I always had that feeling that there was more for me to do,” Bryony said. “I feel like that’s kind of crazy, being a 6-year-old kid and going, ‘You know, there’s something out there for me that I’m supposed to do.’ But through my life, it kind of has called to me, and it’s gotten louder and louder and louder over the years. It’s almost like I can sit outside and hear it on the wind, just calling to me to come find it, and I didn’t know what it was.”

It’s just in the last year that Bryony’s calling has become clear. Inspired by her love of cooking as well as her own disability — Bryony was born withectrodactyly ectodermal dysplasia, which causes missing or irregular fingers and toes — the former social worker and mom of two boys is determined to help people with physical and developmental disabilities learn to cook, as well as launch their own businesses. It’s been something of a struggle to get to this point and in many ways Bryony’s journey is just beginning, but she said every step she’s taken has guided her to this point.

“Every experience in my life has led me to this exact moment,” she said. “I feel like it’s all woven together.”

The long and winding road

Bryony’s story begins with a dinnertime phone call on a cold winter day in Syracuse to the home of Mary Jane Von Braunsburg and Charles Grealish from a friend who worked at St. Joseph’s Hospital.

“That was her habit—she always called at dinner,” Bryony recalled. “She just called up and said, ‘Oh my god, there’s this little baby here [up for adoption]. She looks like a Grealish.’ … My mom was like, ‘Whatever, whatever, whatever. I’m cooking dinner. I’ll get a hold of you later.’”

Mary Jane brought up the phone call over dinner, as the story goes, and Charles said, “Let’s get her.” The next day, Baby Bryony had a new home, joining eight adopted siblings in the Grealish household. Bryony wasn’t the only one with special needs — her oldest sister, Amy, has Turner syndrome, where one of the X chromosomes is missing or partially missing, causing a variety of medical and developmental issues. In addition, her father spent most of his adult life in a wheelchair after a car accident.

Bryony’s parents both completed degrees in psychology during her youth.

“They really would strive to care for other people and fight for human rights,” she said. “That was much of where their heart and passion were, was standing up for other people.”

She said that helped to push her toward a career in social work: she spent 11 years working with children and families on Syracuse’s West Side, first with ACR Health and then in partnership with the Syracuse City School District. And though she knew the work she was doing was important, she knew early on it wasn’t where she was meant to be.

“It was a lot,” Bryony said. “I stuck it out for 11 years, but over the years, it got more and more obvious to me that it wasn’t what I was supposed to be doing.”

So why did she stay for more than a decade?

But two years ago, Bryony had an idea that gave her the impetus to put in her two weeks’ notice: she had always loved cooking. She had even considered writing a cookbook for people with disabilities. What if she started a catering company making tasting boards — cheese boards and charcuterie boards — using locally sourced ingredients? She could use the company as a platform to prove that people with disabilities could also be entrepreneurs. Suddenly that call she’d always heard on the wind didn’t seem so distant, the way it had the last 11 years.

“I tested it out at a school function and everything seemed to go really well,” Bryony said. “People were really interested.”

One of the parents at the school function pointed Bryony toward the WISE Women’s Business Center, and she reached out the organization the next day. She connected with a coach and started putting things into motion.

But soon, the voice in the wind began to whisper again: this still wasn’t quite right.

She realized that while the catering business filled a void for her, it didn’t do much in the way of helping other people, not the way she’d hoped. That was what she really wanted to accomplish.

“People with disabilities go into a job that’s not set up for them,” Bryony said. “It’s set up for typical people and the way typical people function … At the beginning of this journey, I wanted to inspire people with disabilities to get out of a job that didn’t support their needs and create a life, a career that fit their passions and their skills and what they need to get it done every day to do a work that inspires them that they feel part of.”

Bryony said she realized that it all begins with the establishment of a community.

“There’s community in the kitchen, right?” she said. “We know that from even just any typical family or any culture.”

That’s where she got the idea to start a cooking show.

“When they watch TV, everybody has somebody that they admire that represents them,” she said. “Because people have to have others to look up to.”

But there are no disabled chefs, she said, which does a huge disservice to the disabled community.

“There’s nobody in that community, and you look all over social media, in the news, on any of these popular food sites, nobody is doing it. It’s a complete void for people,” she said. “If there’s nobody to represent you in a huge area of your life, then I decided I’d do it. I really want to make it a community builder, where you can see people with different disabilities and how they do it in the kitchen and show that cooking doesn’t have to be hard, because I do it with only two fingers.”

Bryony said she finally feels like she’s found that meaning she’s been seeking for so long.

“I’ve been working with people for a long time, and I really now found that this is my purpose,” she said. “I know it’s a cooking show to start out with, but the purpose is greater than that.”

Bryony has started the show with a series of chef challenges, in which she challenges local chefs to tape up their hands so that they have to cook the same way she does. In the first video, Chef Billy-Brendan Ginty of Your Table is Ready can only use his pinkies to chop on onion, while Bryony slices a tomato.

“People like chef challenges,” Bryony said. “I think it’s a fun way to start getting a message out to people and showing them who I am, what I do and then start to incorporate working with some people in the kitchen with disabilities.”

Before she made that first video, though, Bryony had a crisis of confidence,

“It’s hard sometimes to get out of my own way,” she said. “Your brain is your own worst enemy.”

She was in what she called a “mucky period” when she went to the WISE Symposium this past April. Among the speakers was Rick Tamlyn, author of “Play Your Bigger Game,” which, according to Tamlyn’s website, “inspires executives, leaders and individuals to get out of their comfort zones and create intentional positive change.” Bryony had heard Tamlyn speak at an earlier WISE event and was moved by his presentation. This time, through WISE, she was able to attend a two-day workshop with Tamlyn that helped her break through her “mucky period.”

Bryony said that moment in April was the moment she realized what she was supposed to be doing. It was both exciting and overwhelming.

“I was like okay, my whole life is been going, ‘Find it, find it. It’s coming, it’s coming.’ Then I found it and went, ‘Oh my gosh!’” she said. “I felt like I had this bigger purpose. I felt like I needed to make some kind of change for people in the world. And then, oh God, here it is. Now I have to step up.”

That was the moment, she said, when everything came together.

“In those two days, looking at myself so deeply and why I’m doing what I’m doing in this world and figuring it out — it feels like a betrayal of myself to not do it,” she said.

While it’s been a struggle, even since April, Bryony said she’s persevered, in part because of the people she calls “her lifesavers” — her WISE coach, Joanne, and her husband, Eli, and their two boys.

“My husband, of course, has been the center, driving force of keeping me going,” she said. “He’s my family — all of them, my three guys.”

Right where she needs to be

While the videos are meant to get her name out into the community, they’re just the first step on Bryony’s journey. She’d ultimately like to get into public speaking — she hopes to someday speak at the New York Wine and Food Festival about food and adaptability in the kitchen — and she wants to someday write a cookbook and possibly a memoir. She’d also like to develop a line of adaptive kitchen and cooking utensils.

Though the journey has been a bumpy one, Bryony says she wouldn’t change a thing.

“I found a quote, and I don’t know who said, it but it said, ‘Sometimes when things are falling apart, they may actually be falling into place,’” she said. “So when life just seems like everything is going wrong, it may be going wrong just to get you in the right spot… I am exactly where I need to be.” 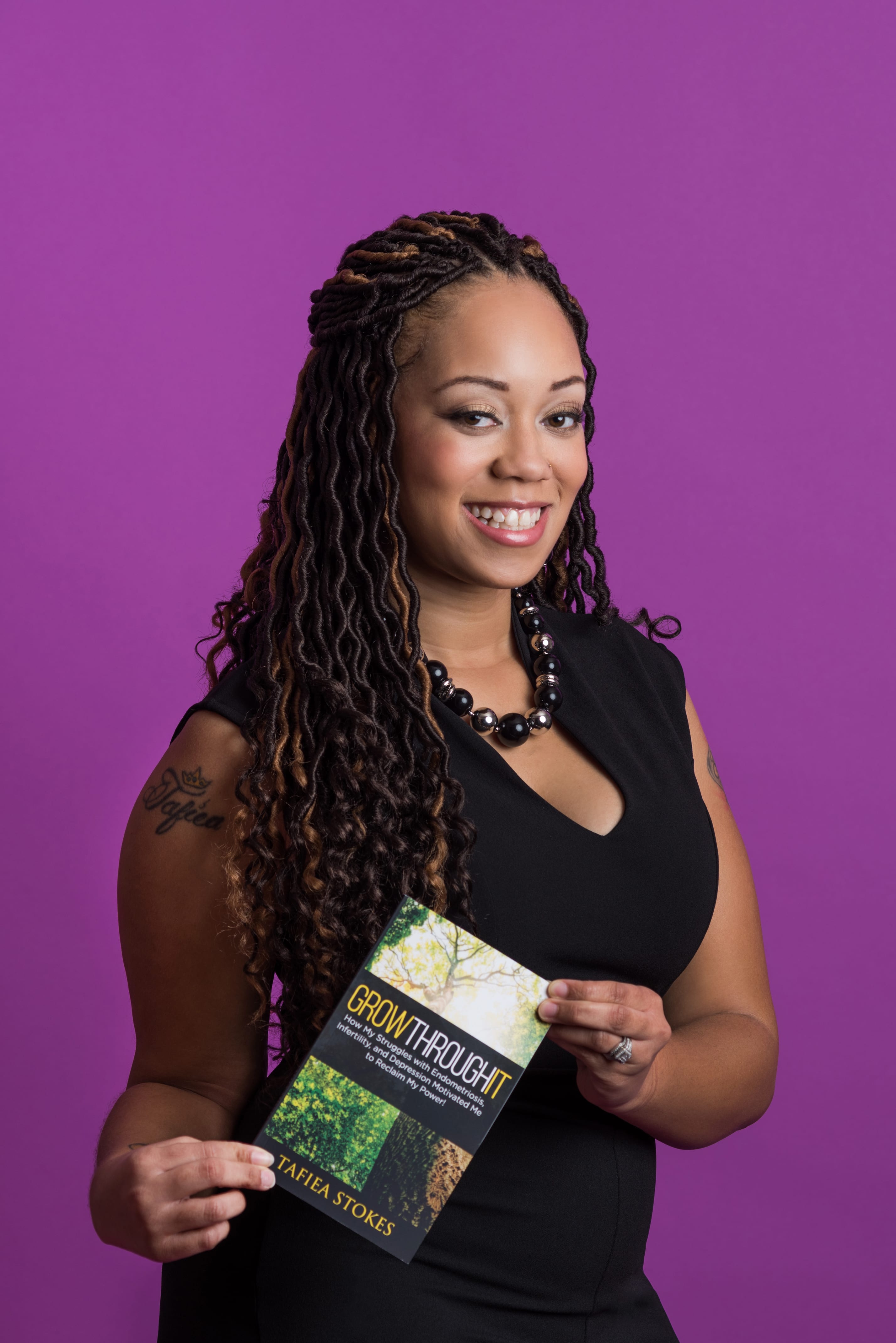 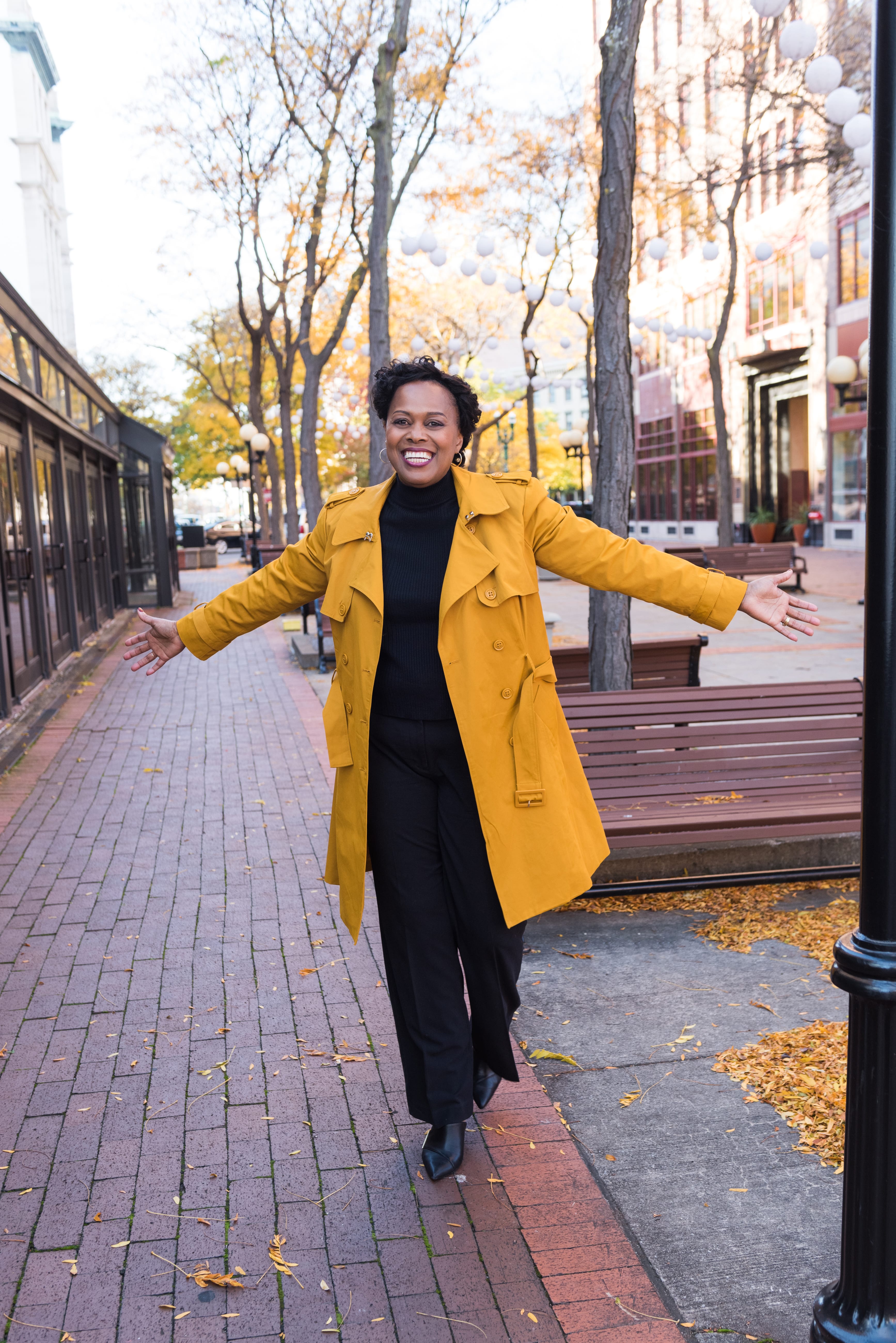 One Thought to “A chef with purpose: Bryony Grealish”